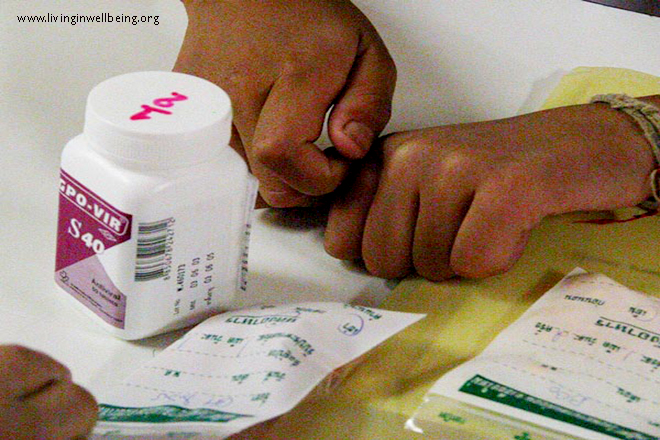 Attention Deficit Hyperactivity Disorder (ADHD) is a condition that becomes apparent in some children in the preschool and early school years. It is hard for these children to control their behaviour and/or pay attention. It is estimated that between 3 and 5 percent of children have ADHD, or approximately 2 million children in the United States. This means that in a classroom of 25 to 30 children, it is likely that at least one will have ADHD. (Source: NIMH, www.nimh.nih.gov, accessed February 11, 2009)

Autism Spectrum Disorder also known as Pervasive Developmental Disorders (PDDs), cause severe and pervasive impairment in thinking, feeling, language, and the ability to relate to others. A recent study of a U.S. metropolitan area estimated that 3.4 of every 1,000 children 3-10 years old had autism. (Source: NIMH, www.nimh.nih.gov, accessed February 11, 2009)

Bipolar Disorder, also known as manic-depressive illness, is a brain disorder that causes unusual shifts in a person's mood, energy, and ability to function. About 5.7 million American adults or about 2.6 percent of the population age 18 and older in any given year, have bipolar disorder. Both children and adolescents can develop bipolar disorder. It is more likely to affect the children of parents who have the illness. (Source: NIMH, www.nimh.nih.gov, accessed February 11, 2009)

Conduct disorder, also known as disruptive behavior disorder, is a disorder that involves chronic behavior problems during childhood and adolescence including stealing, fighting, or bullying others. Conduct disorder affects 1 to 4 percent of 9- to 17-year-olds, depending on exactly how the disorder is defined, and seems to be more common in boys than in girls. (Source: SAMHSA, www.mentalhealth.samhsa.gov, accessed March 18, 2009)

Depression is a treatable illness. Major depression is more than a sad mood, depression affects a young person’s ability to think, feel, and behave in a normal manner. Major depression can lead to school failure, alcohol and drug use, and even suicide. At any point in time, 1 in every 10 children and adolescents are affected by serious emotional disturbances. (Source: SAMHSA, www.mentalhealth.samhsa.gov, accessed March 18, 2009)

Oppositional Defiant Disorder (ODD) is a persistent pattern of disobedient, hostile, and defiant behavior towards various authority figures. Some studies have shown that 1 to 6 percent of the school-age population is affected. The disorder is more common in boys prior to puberty but after puberty, both genders are equal. (Source: SAMHSA, www.mentalhealth.samhsa.gov, accessed March 18, 2009)

Post-Traumatic Stress Disorder (PTSD) is a condition that affects individuals who have experienced a disturbing or frightening event. PTSD generally starts within three months of the event, however for some individuals it doesn’t appear until much later. In any given year, 5.2 million Americans (including children and adolescents) suffer from PTSD. (Source: SAMHSA, www. mentalhealth.samhsa.gov, accessed March 18, 2009)

Risk-Taking Behavior is any action that increases the likelihood of injury or death. 72% of all deaths among 10-24 year-olds result from four causes: motor-vehicle crashes, other unintentional injuries, homicide, and suicide. The 2007 National Youth Risk Behavior Survey indicated that over a thirty day span, 29.1% of high school students surveyed had ridden in a car with a driver who had been drinking alcohol and 18% had carried a weapon. Over a 12 month span, 6.9% of high school students had attempted suicide, 75% had drunk alcohol, and 47.8% had sexual intercourse. (Source: Eaton, et. al., Youth Risk Behavior Surveillance--United States, 2007, CDC, www.cdc.gov, accessed March 18, 2009.)

Schizophrenia is a chronic and disabling brain disorder. It affects about 1% of Americans. Psychotic symptoms usually appear in males during their late teens and early 20s and in females in their mid-20s to early 30s. Symptoms seldom appear after the age of 45 and rarely before puberty. (Source: NIMH, www.nimh.nih.gov, accessed March 18, 2009)

Suicide is the third leading cause of death for 15-to-24-year-olds, among this age group, suicide accounts for 12.3% of all deaths. In 2007, 6.9% of high school student surveyed through the Youth Risk Behavior Survey indicated they had attempted suicide in the last 12 months, and 14.5% had seriously considered attempting suicide. The warning signs and risk factors associated with suicide include: depression, previous suicide attempts, recent losses, frequent thoughts about death, and the use of drugs or alcohol. (Source: CDC, www.cdc.gov, accessed March 18, 2009)