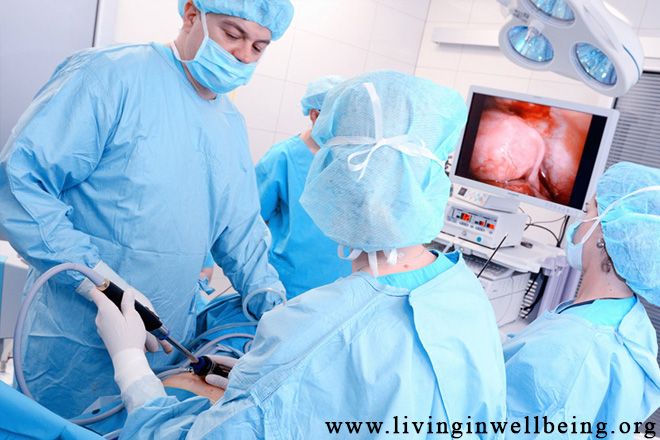 Living a healthy life cannot usually exclude you from certain internal imperfections. During certain cases, one will have to undergo surgeries to cure internal diseases such as cancer and cysts. The types of surgeries chosen can also help in determining and treating the disease in a quicker way. One such is the Laparoscopy. The term Laparoscopy might not be a familiar one among the majority of the people. In modern days, surgery is practiced in a new way known as Laparoscopy. This very term is taken from the Greek word ‘Laparo’ which means flank and ‘skopien’ meaning to examine. This method of surgery was familiar long back. But during the present age its popularity increased with the first laparoscopy surgery that was performed in France in 1987. It soon took its way to the USA in the year 1988.

While performing a Laparoscopy, the surgeon makes a small incision on the abdomen. This incision done for the purpose of laparoscopy will be only half an inch long. It is with the instrument known as a laparoscope that such a surgery is performed by the surgeon. A Laparoscope is a long and thin tool that is pushed into the abdomen through the incision made on the skin. The instrument has an attached camera that will help in monitoring the internal organs in the abdomen. The pelvic organ can be viewed by this procedure with the help of a monitor.

Organs that can be treated with the help of Laparoscopy

With the help of Laparoscopy, organs such as liver, appendix, pancreas, stomach, pelvic organs or the reproductive organs, gallbladder, small and large bowel and spleen can be treated. Medical tips and medications from doctors related to the treatment of such internal organs may sometimes be successful, but others might end at surgeries. Choosing laparoscopy has a lot of benefits over open surgery. We can take a look at the major benefits here.

Diseases that can be cured with the help of Laparoscopy

Usually, Laparoscopy is used for diagnosing diseases or conditions that occur in the abdomen. The reason for pain in the abdomen region, infertility causes and pelvic mass can be diagnosed with the help of this procedure. While diagnosing such problems, a doctor can conduct a surgery for treatment at the same time. Certain conditions can be treated with the help of laparoscopy such as Fibroids, Ovarian cyst, Endometriosis, Ectopic pregnancy, Pelvic floor disorder and Cancer.

Laparoscopy is a kind of procedure that has a whole lot of benefits than the open surgery. Some of the main advantages of laparoscopy are:

Surgeries can cure diseases, but it is always better to prevent any kind of diseases. For this, one needs to choose healthy living.