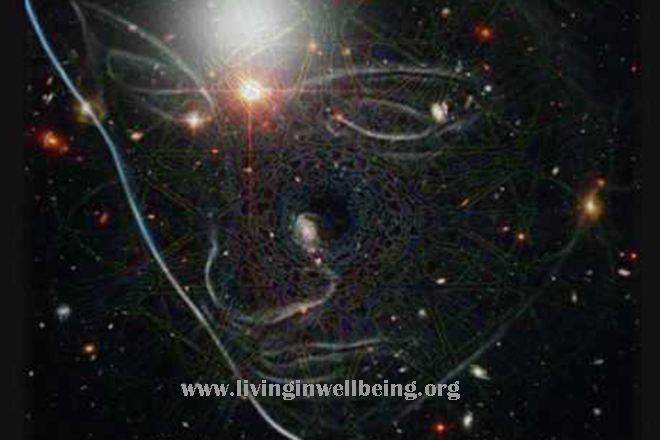 Mindfulness meditation is really the essence of meditation and yoga. And if you practice this Zen technique given below not only in your sitting meditation but in your day-to-day life, it will help lead you into deep states of meditation and even self realization. Your natural experience of life will be one of unconditional peace and bliss.
Mindfulness meditation means to allow everything to come and go while remaining resting in the present moment. So first, allow yourself to breathe. Allow the breath to move in and out as it wants without trying to control it in any way.
And while you are consciously allowing yourself to breath, also allow whatever sensations you are feeling to be as they are. Do not concentrate on a sensation and do not resist any sensations, just allow whatever sensations you feel to be as they are.
Try this for now. Just allowing breathing to happen and allow feeling to happen. You should not describe the sensations, analyze them or think about them in any way. Just allow them while remaining resting in this moment.
Now the deeper part of mindfulness meditation deals with thinking. As you are sitting, now practice allowing thoughts to come and go. Do not try and control the thinking in any way. Just allow the thoughts to come and go. Experience the flow of thoughts coming and going rather than getting caught up in the content of the thoughts.
The challenging part in mindfulness meditation is to not get caught up in the thoughts. Allow the thoughts to come and go without getting involved with them.
It may help to passively let go of the thoughts as they come. Don't try and push them away, there should be no trying to control the thoughts but rather as thoughts arise, let them pass by. Do not hold on to any thought.
This is a very important part of mindfulness meditation, especially if you are interested in self realization. Self realization means fully realizing yourself to be that which is beyond thinking, beyond the body and mind.
So give your full attention to allowing thoughts to come and go in this way. When the thought arises that you have to pick up the dry cleaning tomorrow, just see it as a thought arising and let it go. Don't make it important or special, just see it as a thought arising just like any thought arising and let it go. Don't worry about the dry cleaning.
Same with desires: if the thought comes up in meditation that you would really like some ice cream, let that thought go. Don't grab hold of it and get lost in thinking about ice cream, just allow the thought to come and go. Surrender the thought into the silence of this moment.
When you identify with thoughts, there is an action of contraction, of gripping, of holding on to the thought. But in mindfulness meditation, there is no holding, no action at all; it is just allowing everything to pass without getting involved in any way. You are aware of the happening but not involved with it.
Then more and more you will begin to feel yourself not as the thinking mind, but as awareness, as presence itself. You will see you are not separate from this moment. You will see that thoughts are arising by themselves out of this moment and they disappear back into the silence of this moment. It is all one flow of energy. And the nature of this energy, the nature of this moment is unconditional peace and bliss.
In practicing this Zen mindfulness meditation technique, you will begin to experience this bliss, the bliss of being presence itself of being awareness itself. And in this you will even feel the bliss of thoughts arising and disappearing.
And it is this bliss that draws you into this moment more and more and leads you to self realization. The bliss begins to reveal itself in every part of your life. Walking will be bliss, driving will be bliss, working will be bliss, doing yoga will be bliss. Any action in which you are mindful will be experienced as bliss.
If you want to attain self realization then awakening this bliss is most important. And the most effective way to awaken this bliss is by receiving it from someone who has already attained self realization and radiates bliss. Simply by sitting with such a master, this bliss which is also called Shakti, Deeksha or Grace is awakened in you and deep states of meditation become effortless.
There is some amazing new sound technology available where with special recording equipment, this Shakti/bliss has been recorded and turned into sound. So simply by listening to some very unique meditation music, this Shakti/bliss energy is awakened in you.
And if you practice this mindfulness meditation technique while listening to this Shakti CD, then you will automatically begin to experience deep states of meditation, bliss and even self realization in a fraction of the time as it would trying to meditate without the CD.
You can listen to free samples of this Shakti sound technology music by visiting the Self Realization CD link below.
About the Author
Listen to Free Samples of a Shakti Sound Technology
Proven to Awaken You into Deep Meditation & Bliss
Visit The Self Realization CD Website
For More Free Teachings on Meditation & Self Realization
Please Visit The Spirituality & Enlightenment Website