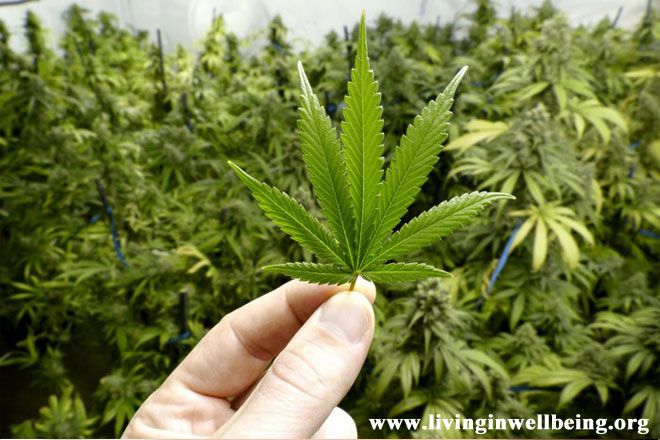 Cannabis has a long history of its reputation, oscillating between being a benefit or controversial herb. Even after owning both the aspects the recent trends are witnessing its rise in the mainstream market. The medical aspects have made it a regular ingredient in several households, while illicit usage is still making a few of them defensive too. Among all the contradicting hustle and bustle of the hemp industry, a dedicated section of the mass is taking a keen interest in the use of cannabis. This section mainly comprises of curious young minds of our society.

Cannabis has been used for centuries to treat various medical conditions. Acknowledging the positive aspect of cannabis, youngsters are using it to alleviate their lifestyle, stress and other recreational uses too. The ongoing legalization is the reason it is more accessible than ever before. However, the stigma attached to it is making people question its safe usage. Regardless of its wavering status, young people are getting mail order marijuana to have their religious dose of mind healing "high" which provides them solace from the bone aching tension. The calming effect that it brings to the restless mind of youth is making us question the relationship between cannabis and mental health of youngsters. Let us understand a little more about the link between these two!

The Relation between Cannabis and Mental Health

The taboo is what links cannabis and mental health together in the first place. We might be living in the 21st century, but the negative notions stuck with these two deny people from openly vocalizing. There are a majority of places that still consider mental health as a prohibited topic to be discussed with their acquaintances while the perception regarding usage of cannabis is deemed to be against moral values. Even a rise in the number of people associating with both of these subjects is not driving people to get educated about it. Fortunately, a different link intertwines the two subjects too, that is the mental health benefits that cannabis is able to furnish with its safe usage.

How Cannabis affects your Brain

Cannabis constitutes more than 100 different cannabinoids that have a profound effect on your brain. The two major species of cannabis Sativa and Cannabis Indica are used to serve alternative uses. The strains of these two species, as soon as entering your body has a psychoactive effect on your brain, providing you with the feeling of a notable "high". Under the influence of cannabis, your brain relaxes and you might feel light-headed. In certain instances, one can also experience the incoordination of limbs and thoughts. Overall, a person gets sensitive to things and starts imagining things that ultimately leaves them with a feeling of euphoria. Youngsters use this very trait of cannabis to gain mental tranquillity and a few moments of mental ease.

Cannabidiol is the non-psychoactive constituent of cannabis that encapsulates the medicinal aspects of the plants. Being rich in pain-relieving and anti-anxiolytic properties, CBD is now a significant part of various medical therapies. Users inclined more towards obtaining the therapeutic benefits of this herb, use products that contain a high level of CBD.

The Influence of Cannabis on Mind

Cannabis, being packed with a plethora of medicinal benefits, is known to cure diseases such as epilepsy, dementia, Alzheimer's and chronic pain that one faces after the treatment. Likewise, mental health too has not remained untouched by the efficiency of this powerful herb. Here are a few of the promising benefits that cannabis claims and reasonably deliver to its users.

Experiencing sleep disturbances is a very common trouble that is stopping people from getting their energizing sleep every day. The extremely stressful lifestyle of the young generation is gradually affecting the lasting span of their sleep, which as a result, is making an ill effect on their overall health. Cannabis has the ability to cure sleep-related concerns. According to the reports, a controlled dose of cannabis has shown the potential to tackle sleep ailments such as sleep apnea, insomnia, and short term sleep efficiently. Either the sleep concern is stress-related or through any other medical condition. Cannabis works its way to improve the quality of your sleep.

Cannabis is most prominently known as one of the best sources of anti-anxiolytic properties. The anti-anxiolytic properties of the herb have the power to curb the feeling of uneasiness and nausea that comes with anxiousness. People might perceive it as a typical disease, though it serves as the root disease to trigger many other fatal ones that might sneak in without you identifying about it. Studies have shown the anti-anxiety properties of cannabis might be enough to tackle the anxiousness at its base stage.

The growing recreational use of cannabis says a lot about its stress-relieving influence. CBD and THC, both the components are capable of reducing the stress that one faces almost every day. The mind healing high that cannabis produces is powerful enough to make your mind drift away from all the persisting stress. Not only it is capable of alleviating stress, but it also improves the mood of its consumers.

Surprisingly, cannabis is rich in anti-depressant property that makes it the best option for people that are more willing to use herbal methods to heal their mental issues. Short term or occasional uses of cannabis can work remarkably well for them.

The use of cannabis as a method of self-medication by people can work well as soon as they know its correct usage. Although the ingredient has its positive side, it also has a few negative aspects that you can only tackle through the means of controlled usage. Youngsters must keep this in mind before beginning the use of cannabis. So now if you buy yourself cannabis seeds to grow some of them at home or the factory-made product, make sure that you grasp its safe usage to encase all the benefits.